What I learned From Sharkfest '20

Sharkfest is a wealth of information for all network and security practitioners. Here are a couple packet analysis tips that I'll be using and you can too!

I learned a ton of great things that will help me as a better network engineer, and analyst. This will be a recap of a couple important take aways that everyone can use any time they are looking at PCAPs. If you find any of this interesting go subscribe to the Sharkfest YouTube channel and start planning to attend the next Sharkfest near you!

Where You Capture From Matters!

The key take away here is:

TAP near the source/destination: (Score: 3/4)

The IP ID is set by the sender for when a packet is fragmented in the path it indicates to the receiver that all the fragments should be reassembled and are part of the same packet. Both the client and server set their own IP ID values.

The very convienient thing about IP ID is, they are often sequential making it super easy to spot: out of order packets, missing packets, and hardware offloading in some cases. If you were to follow an IP conversation and filter by only the source or destination, you would commonly see sequential IP ID’s.

This is a mandatory field in IPv4 for all IP packets but is only seen in IPv6 packets when fragmentation is used.

Warning: It is possible to have the same IP ID for different sessions within the same PCAP.

Like everyhting in IT and networking, there’s always exceptions, as was pointed out in Sharkfest Discord by Jasper:

Some Firewalls can change the IP ID, e.g. pfSense has a “IP Random id generation” setting which modifies the IP ID.

This is a feature in Wireshark I have never used in confidence. I knew it existed but didn’t understand: what I was looking at and what these graphs could indicate.

Through some careful hand holding I now have a basic understanding of them and I now incorporate them into my analysis, when needed.

These can all be found under: Statistics –> TCP Stream Graphs

Stevens Graph: Tracks sequence numbers seen over time. This is uni-derectional. This can indicate so quickly when out-of-order packets have been seen. 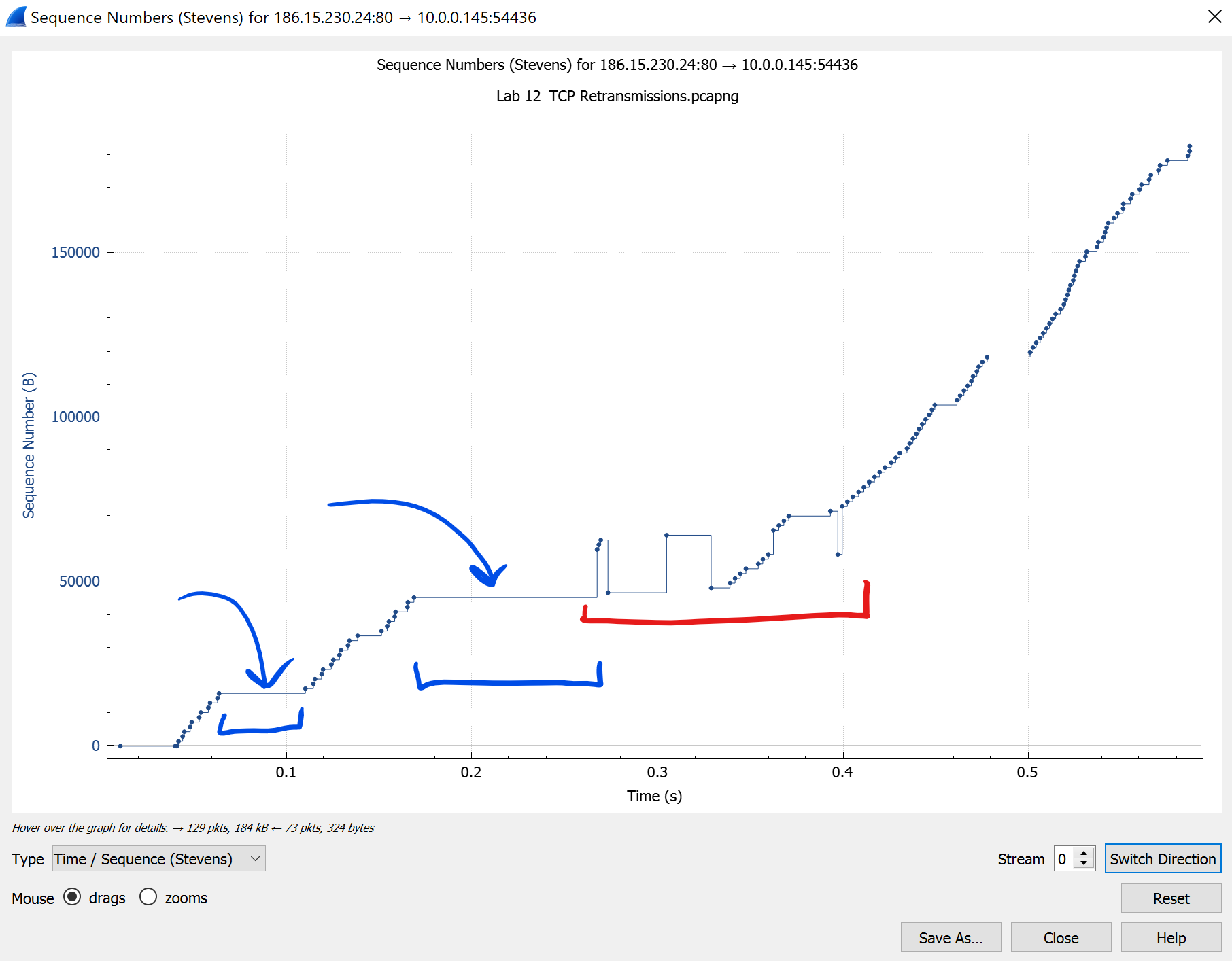 The Power of Profiles

Depending on what type of questions you need to answer you might need different data available to you (different from the default profile). This is why profiles are so important.

Some of the things you can do with profiles are:

Shamefully, I never knew what that “stop light” indicator was for in Wireshark’s bottom left corner. From Sharkfest, I learned that is an aggregate of the “Expert Information” Wireshark sometimes adds to packets to indicate something that should be looked at. It’s important to know that these aren’t all “problems”, this is just information. Some of the quick things this is good for is quickly locating packets where: TCP Window is Full, Out-of-Order segments TCP Retransmissions and more.

The color of the stop light will be of the highest severity seen in the capture. 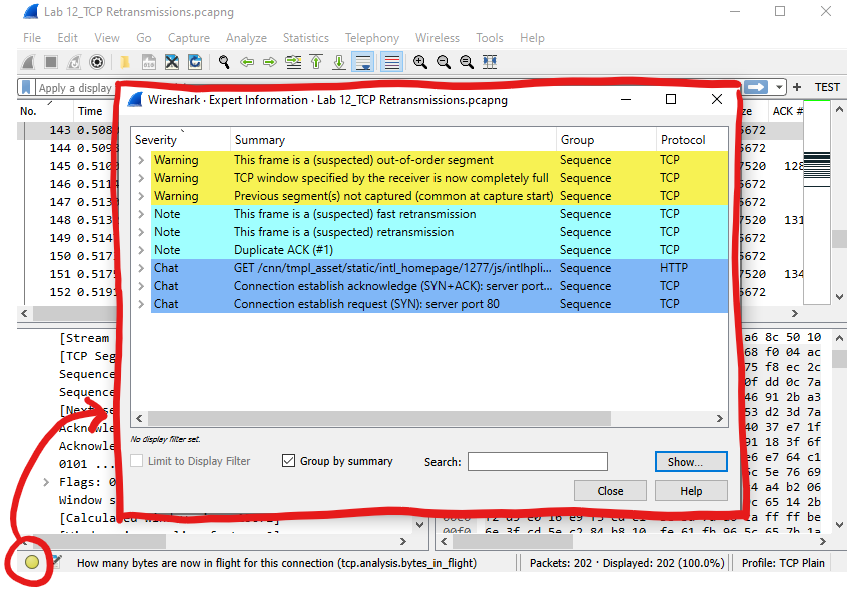 I learned sooo much and there’s so much more detail and depth to go into on each of these topics.

There are many more analysis eficiencies to go over.

If you want to learn more or if I got something wrong, let me know using Disqus below (you can post as guest), or let me know on Twitter

Again, if you find any of this interesting go subscribe to the Sharkfest YouTube channel and start planning on attending the next Sharkfest near you!